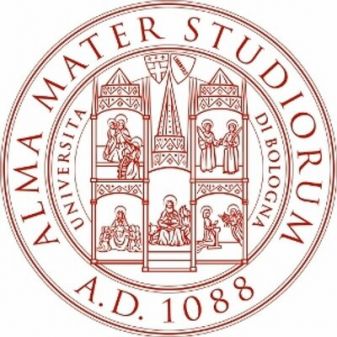 UNIBO is the second largest university in Italy and one of the most active in research and technology transfer. It stands among the most important institutions of higher education in EU with 87,000 enrolled students, 2,857 Academic staff, 1,198 post-docs, 1,606 PhDs, 3,014 administrative and technicians staff units. The activities are implemented in 5 Campuses based in the Emilia-Romagna Region and a permanent headquarter in Buenos Aires, Argentina. At EU level UNIBO ranks 2nd University in Italy, 37th in Europe among the top 50 Higher education organizations in FP7 (EC 7th Monitoring Report). CIRSFID, a research centre founded in Bologna in 1986, pools together the expertise of scholars and researchers from the Law School, Engineering, Humanities, Computer Sciences and Medicine. The Centre is involved in several national and European research projects, promotes graduate University courses, including the only Italian PhD in Legal Informatics and Bioethics. CIRSFID leads the Master’s course of Legal Informatics and ICT Law at the Law School, in coordination with EULISP Consortium (Hannover). It founded the Italian Society for Legal Informatics, it is the editor of the int. journal Artificial Intelligence and Law (Springer) and director of two Summer Schools in Legislative XML and Law and Logic, linked with European University Institute. CIRSFID leads the Eramsus Mundus PhD join title in Law, Science, Technology that is now in its 5th edition, with a total of 39 doctoral candidates. 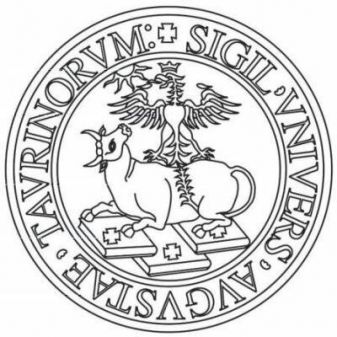 The University of Torino (UNITO) is one of the most ancient and prestigious Italian Universities. Nowadays, UNITO has about 70.000 students, 4.000 academic, administrative and technical staff, 1800 post-graduate and post-doctoral students and 120 buildings in different parts of the city. It carries out scientific research and organizes courses in all disciplines, except Engineering and Architecture. UNITO is active at international level through involvement of its researchers in international projects, establishment of joint educational courses, such as bi-national degrees and international PhD programmes, through the subscription of formal cooperation agreements (roughly 450) with institutions around the world. It has a long record in participating in European projects. Currently, UNITO is taking part in 115 research projects funded under the FP7, being coordinator in 36 of these and in 31 projects funded under H2020. Amongst the EU funded projects, UNITO hosts 5 ERC grants, is additional participant in 2 ERC projects and has been funded in 45 MSCA Actions, of which 11 are ITNs. 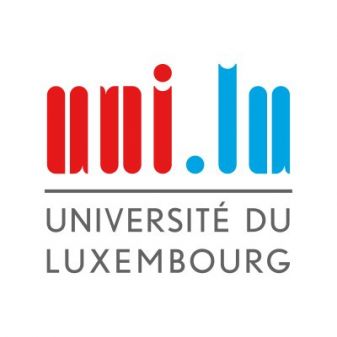 Early in 2009, the University of Luxembourg (UL) created its first interdisciplinary research centre, SnT, to raise the competitiveness of Luxembourg and diversify the country’s economy, notably towards the ICT sector. Several successful ICT companies have their European headquarters in Luxembourg, for example Ebay, PayPal, iTunes, Amazon, Skype, and Netflix. Security, reliability and trust are keywords associated with the services that these companies provide. SnT brings together researchers from its partners and the UL faculties to carry out research and Ph.D. education in Security, Reliability and Trust. To facilitate interaction with external partners, research activities are carried out through interdisciplinary strategic research programs targeting key areas of strategic importance for the region. The partnerships with SES, EPT, IEE, CETREL and Ville de Luxembourg define large research programs with several faculty members participating. New agreements were recently signed with Delphi, HITEC, CREOS, CTIE, Cubelux and the Defense Department of Luxembourg Ministry of Foreign Affairs. By mid-2014, 222 people (including 82 Ph.D. candidates) were active at the Centre including 19 faculty members who are formally employed by the faculty and who carry out SnT research responsibilities or duties. SnT has received a number of scientific awards (15 paper awards 13 individual awards) during its five years of operation. SnT has a strong program for supporting Ph.D. students with courses for project writing. 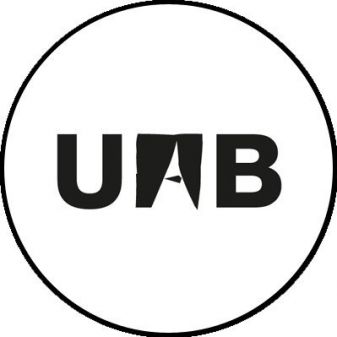 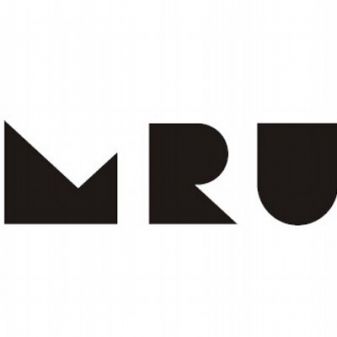 Mykolas Romeris University (MRU) is a leading university of social sciences research in Lithuania. MRU engages in fundamental and applied research, takes part in national, regional and international research programmes and projects, practically applies research results and disseminates them to the public. Currently MRU enrols approximately 8 000 students in the university, employs over 500 researchers and the total staff number is over 700. About 170 doctoral students study in the fields of law, management, psychology, philology, economics, education. Structurally MRU consists of 4 faculties, 12 institutes, 16 laboratories. 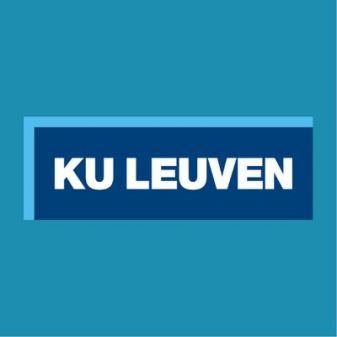 Katholieke Universiteit Leuven (KUL), Centre for IT and IP Law

KU Leuven is currently by far the largest university in Belgium in terms of research funding and expenditure (EUR 426.5 million-2014), and is a charter member of LERU. KU Leuven conducts fundamental and applied research in all academic disciplines with a clear international orientation. Leuven participates in over 540 highly competitive European research projects (FP7, 2007-2013), ranking sixth in the league of HES institutions participating in FP7. In H2020, KU Leuven currently has been approved 166 projects. KU Leuven takes up the 9th place of European institutions hosting ERC grants. To date, the 78 ERC Grantees in our midst confirm that KU Leuven is a breeding ground (51 Starting Grants) and attractive destination for the world’s best researchers. The success in the FP7 and Horizon 2020 Marie Curie Actions is a manifestation of the three pillars of KU Leuven: research, education and service to society. In our 170 Actions, of which 76 ITN, hundreds of young researchers have been trained through research and have acquired the necessary skills to transfer their knowledge into the world outside academia. KU Leuven employs 8,671 researchers on its academic staff (2014). To strengthen international collaboration, KU Leuven has its own international research fellowship programme and supports international scholars in international funding applications. KU Leuven Research & Development (LRD) is the technology transfer office (TTO) of the KU Leuven.

The University of Hanover is a public university located in Hanover, Germany. Founded in 1831, it is one of the largest and oldest science and technology universities in Germany. Among other Leibniz University Hanover is a member of TU9, an association of the nine leading Institutes of Technology in Germany. The university sponsors the German National Library of Science and Technology (TIB), the largest science and technology library in the world. The Institute for Legal Informatics (IRI), being part of LUH’s School of Law, was established in 1983 and is the first Institute dedicated to scientific research on all issues of Information and Communication Technologies at a German University. With currently more than 40 people staff IRI is one of Europe’s largest institutions in the field and is actively involved in about 10 European research projects with a focus on data protection, data security and intellectual property. The L3S Research Centre, also part of LUH, focuses on fundamental and application-oriented research in all areas of Web Science and has a focus on computer science. L3S researchers develop new methods and technologies that enable intelligent, seamless access to information via the Web; link individuals and communities in all areas of the knowledge society, including academia and education; and connect the Internet to the real world. 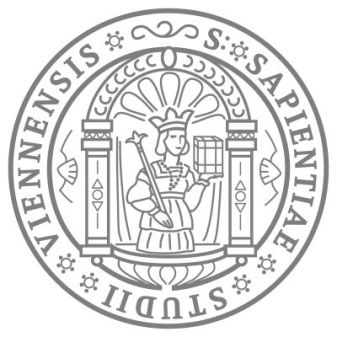 University Of Vienna (UNIVIE), Centre For Computers And Law

The University of Vienna was founded in 1365. It is the oldest university in the German-speaking world and one of the largest in Central Europe. A strong focus on research, combining fundamental with application-oriented research, renders UNIVIE highly attractive. Furthermore, the University’s goal is to create and sustain top-quality research and teaching. It is associated with 15 Nobel Prize winners and has been the academic home of a large number of figures of both historical and academic importance. Currently, about 94,000 students are enrolled at the University of Vienna. They can select from 175 degree programmes, including 56 bachelor's programmes, 2 diploma programmes and 104 master's, PhD and doctoral programmes. With 9,600 employees, over 70% (6,800) of which are academics, the University of Vienna is the largest teaching and research institution in Austria. 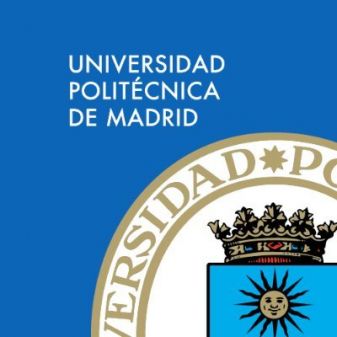 Universidad Politécnica de Madrid (UPM) is the largest Spanish technological university and a renowned European institution. With two recognitions as Campus of International Excellence, it is outstanding in its research activity together with its training of highly-qualified professionals, competitive at an international level. More than 2,400 researchers carry out their activity at the UPM, grouped in 200 Research Groups, 22 Research Centers or Institutes and 55 Laboratories, all of them committed to transform the knowledge generated into innovation advances applied to the production sector. The intense collaboration with governmental bodies and industry guarantees that research at the UPM offers real solutions to real-world problems. The dynamism of R&D&I activity at the UPM, together with the transfer of knowledge to society, is among its lines of strategy. These two commitments place it among the Spanish universities with the greatest research activity and first in the capture of external resources in a competitive regime. UPM heads the Spanish Universities’ participation with 290 projects in the 7th European Framework Program and more than 90 projects in H2020. UPM signs annually around 600 contracts with private businesses, due to its traditional and close relationship with the industrial and business sector, which supports and back its research and technology development. UPM has endorsed the “European Charter for Researchers” and “The Code of Conduct for the Recruitment of Researchers” and is member of the 4th Cohort of the Institutional HR Strategy group. Under FP7, UPM has obtained 63 Marie Curie projects and has employed 65 fellow researchers. UPM graduates around 5.000 students every year, of whom 20% have participated in international mobility programs and have been trained in companies. There are more than 2.000 students enrolled in doctoral programs, and each year 200 of them attain their Ph.D degree. UPM leads 2 Erasmus Mundus master networks and participates in 5 more. The Ontology Engineering Group (OEG http://www.oeg-upm.net/), is ranked 8th among UPM's research groups and it is composed of 30 members. OEG researches on ontologies, semantic infrastructures, NLP, multilingualism, sensor data, linked data and semantic e-science since 1995.