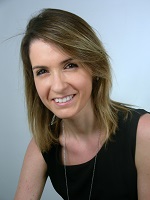 Nadia Pocher is a doctoral researcher in the Law, Science and Technology Joint Doctorate - Rights of Internet of Everything, funded by Marie Skłodowska-Curie Actions.

After graduation she co-authored the revision of a book on European corporate law and she worked as a trainee lawyer in Milan, mostly at a law firm and a research center focused on AML/CFT.
She attended a summer school on darknet markets and cryptocurrencies, as well as she wrote articles on AML impacts of the latter. She later engaged in a judicial traineeship at the Court of Appeal of Trento.

In her free time she loves traveling, walking, foreign languages and, above all, photography.

Her doctoral research focuses on Distributed Ledger Technologies between anonymity and publicity.